Santa Fe Springs, CA USA—April 2019… Located in Santa Fe Springs, barely 15 miles south of downtown Los Angeles, Goodman Audio has spent nearly three decades delivering audio for special events staged by prestigious clients ranging from WME-IMG and Guess, Inc. to Disney, Sony Pictures, Blizzard Entertainment, and the Academy of Motion Picture Arts & Sciences. High-profile events don’t allow for failures or poor audio performance, and after using Luminex GigaCore AV network switches for only a few months, Goodman Audio president and senior audio designer Trace Goodman is already so convinced of their reliability, functionality, and usability that he puts them at the core of his systems. “I am quoting Luminex network switches as the infrastructure of the sound system on pretty much every job I’m getting,” Goodman states. “Luminex is now being used as our primary backbone of the audio system, because it’s capable of handling the demands of our jobs much better than other switches on the market.”

Two recent events demonstrate how deeply Goodman Audio has integrated the Luminex switches. G’Day USA is a cultural and economic outreach organization backed by the Australian government and various partners from the country’s business, tourism, and academic sectors. G’Day USA stages numerous events in the U.S., and Goodman Audio was contracted to provide sound services for its 16th annual G’Day USA Awards Gala at the 3Labs event space in Culver City, California, this past January. The awards honor Australians who have made an impact in creative industries in the U.S., thereby strengthening the relationship between the two countries. The 2019 awards recognized actor Liam Hemsworth, singer Helen Reddy, and Game of Thrones production designer Deborah Riley, among others, and included a dinner cooked by an Australian chef, accompanied, of course, by fine Australian wine. 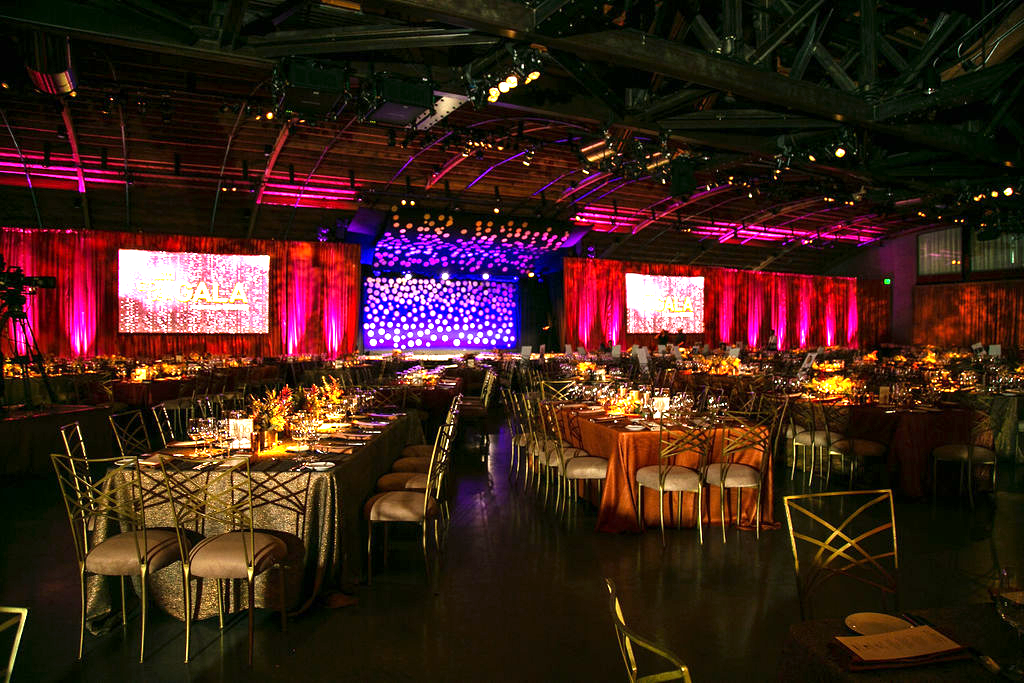 Goodman Audio supplied two arrays of six EAW Anna 3-way full-range array modules for the ceremony, plus a substantial Riedel communications system for the crew based around Riedel’s Bolero antennas. To connect all of this to front-of-house and all of the crew locations, Goodman employed four Luminex GigaCore 10 Ethernet switches: one at the FOH position, one backstage at the comm system, and one rigged off the flybar behind each of the line arrays. The GigaCore 10 features eight shielded Neutrik Ethercon connectors and two ruggedized fiber connectors and provides PoE (Power over Ethernet) services.

Goodman appreciates that the GigaCore 10’s hardware is designed for exactly the type of applications that are his bread and butter, citing its versatile mounting options as a key example. “One of the biggest positive factors about the GigaCore switches for me right off the bat was that I could hang a switch off a truss, rather than having to strap down a small rack of switches and hope for the best,” he points out. “We are able to attach it to our Annas, so that instead of having a big mess of large mult cables, we have a couple of switches that hang from the flybar on the back of the array. We just wire from there, and it makes for a much better layout and a tidier install, especially for corporate jobs where everything has to be clean and perfectly neat.”

The GigaCore 10 software is equally tailored to Goodman Audio’s uses. “Because the GigaCore 10 speaks different protocols, it gives us the flexibility to mount a Bolero antenna on the array’s flybar and connect it to the same switch being used for the array but using a separate RAVENNA/AES67 VLAN (group) protocol, which is also providing a Dante VLAN protocol for audio and control to the array, details Goodman. “This makes the GigaCore a great multitasking device.” 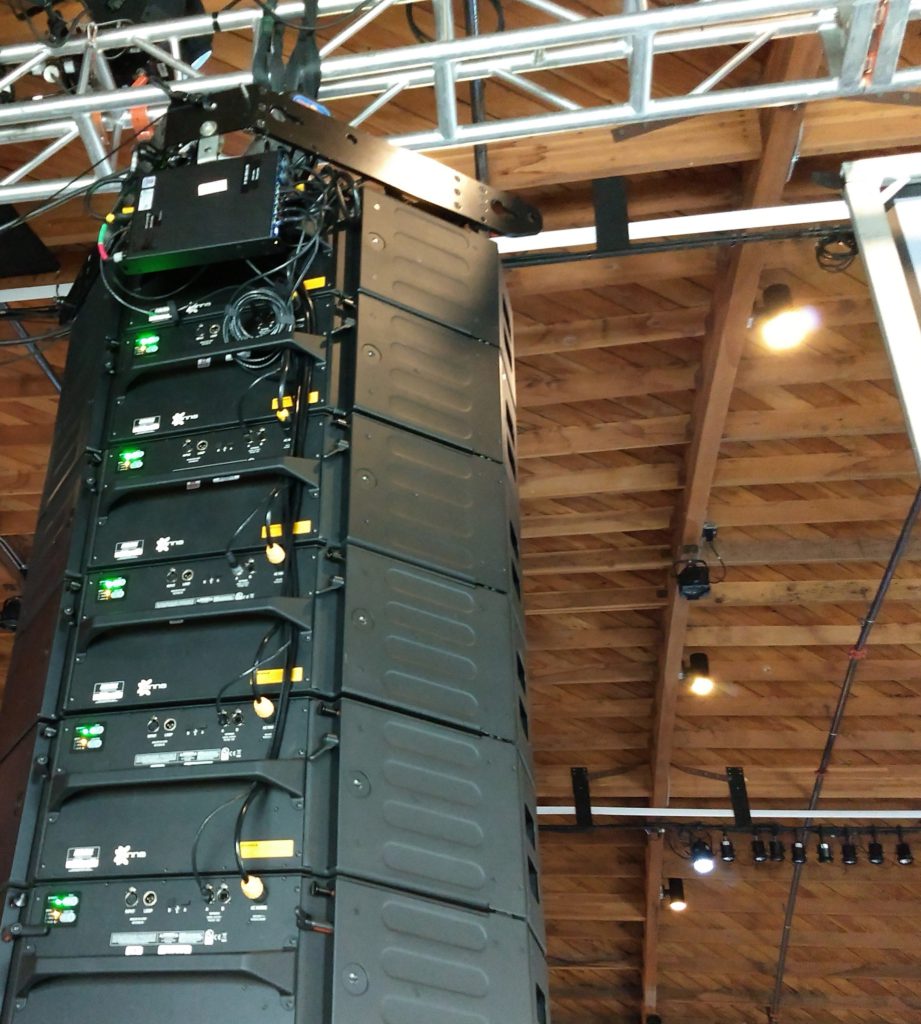 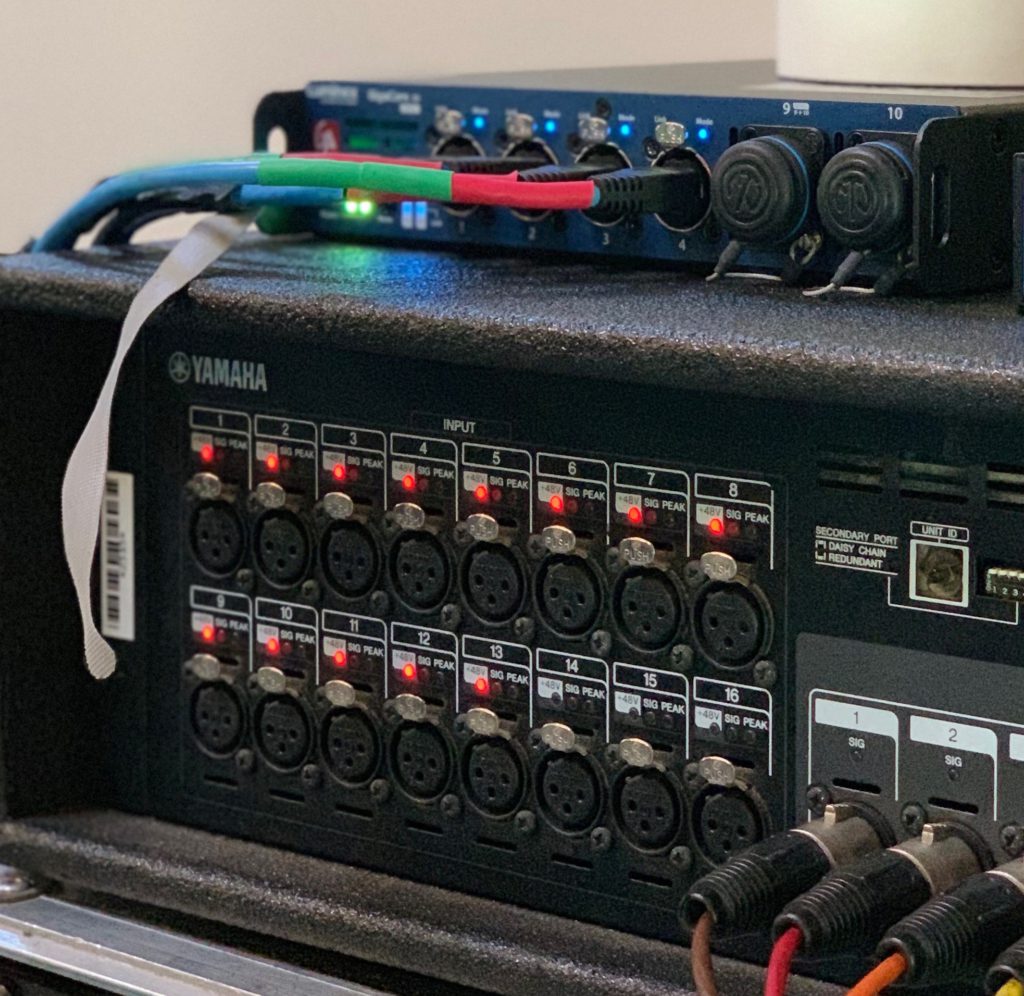 The sound company’s use of the GigaCore 10 for several functions simultaneously is made simple by its preconfigured setups and the ease of creating groups as VLANs. “When you’re using devices like the Bolero, you want to keep that data off the Dante network and other networks and keep those protocols separate when possible,” Goodman explains, “so we use the grouping feature to give each function its own VLAN.”

In contrast to the G’Day USA Awards, Goodman Audio provided a much simpler system for a Grammy Awards “before” party sponsored by Guess, Inc. That system required only front-of-house and backstage stations, without Bolero antennas for comm, and used EAW Radius RSX loudspeakers, rather than the Anna. Even with this smaller setup, Goodman anchored the system with a GigaCore 10 switch. “Maybe it’s not as glamorous but we’ve been using the Luminex switches on small jobs, too. We might have only 10 items connected to the GigaCore 10’s but it’s running everything, and with the ease of using the software, it’s been good.”

The robust construction, optimized features, and reliable performance assured by Luminex’s RLinkX redundancy protocol might have been enough to convince Goodman of the GigaCore’s value to Goodman Audio. But the point is really brought home by the switch’s ease of use, which means more of his staff can operate the devices without needing extensive IT knowledge. “There are so many different people involved on our jobs that you can’t rely on just one or two people knowing how the system is supposed to be set up,” he notes. “Luminex switches are easier to understand, and you can work with VLANs without having to know all of this deep IT information or spending a lot of time on the job troubleshooting.” All of which brings Goodman to one simple conclusion: “I’ll be ordering more of these.”

Luminex Network Intelligence is a Belgian based manufacturer of data distribution equipment for professional lighting, audio and video applications. Besides Ethernet-to-DMX converters & DMX/RDM splitters for lighting control projects, Luminex also produces Ethernet switches, enabling users to build a complete data distribution system for all types of AV applications. The GigaCore switches are, like almost every other Luminex device, truly plug-and-play products that provide an excellent solution to expand an AV network in a very user-friendly way, without needing any IT knowledge. Luminex products can be found in the most demanding installation, theatre and tour sound applications worldwide.